Unpacking the State of Youth Justice in NY

Let’s unpack the state of youth justice in New York.

Raise the Age (RTA) legislation, passed in New York back in 2017, was landmark youth justice legislation that raised the age of criminal responsibility to 18, ensuring that young people in New York who commit crimes receive intervention and evidence-based treatment, rather than harsh jail sentencing. By October 2019, New York no longer automatically prosecuted 16- and 17-year-olds as adults.

This was a positive and necessary step forward for NY youth, since over the past decade minor arrests (arrests of individuals under 18 years of age) have steadily decreased—a trend which has continued since RTA was implemented. But recent conversations about youth in the media are raising false alarms that youth crime is increasing, and purporting that RTA should be rolled back. Still, the reality is clear: youth crime is in decline.

Crime has been steadily decreasing over the last decade in New York State. Arrests of minors have decreased by 83% since 2012. 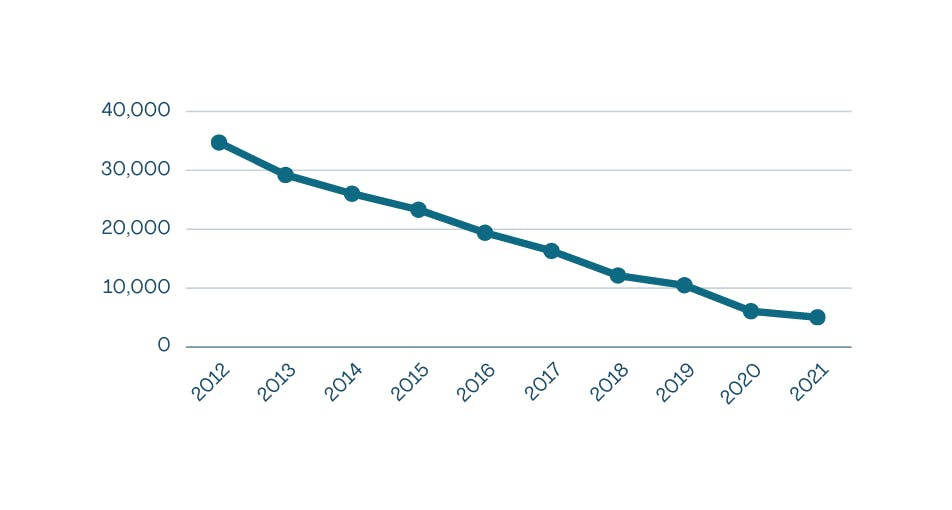 On Tuesday, October 25, the Raise the Age New York Coalition hosted a panel discussion with advocates from partner organizations on youth justice in New York to begin correcting this narrative. The discussion touched on youth justice policy, systemic problems impacting youth, investment opportunities, and more. As we know, the pandemic has compromised the stability of families and exacerbated existing social and economic inequalities. These issues disproportionately impact youth and communities of color across New York State. The recent data also shows that incarceration rates reflect these systemic inequalities.

Black and Hispanic/Latine minors make up 67% of those incarcerated, but only 43% of the population of minors in New York State. 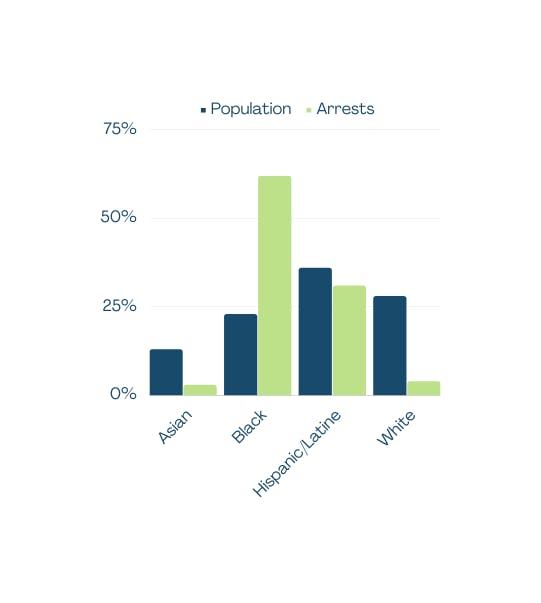 During the panel, CCC presented its recent data for both NYC and the State that shows minor arrests continue to decline across New York, and other speakers explained important legislation that has the potential to advance the success of RTA, in addition to fully leveraging the allotted funding for it—over $800 million has been allotted for Raise the Age implementation, and yet only $270 million has gone out the door. Other topics raised included:

Youth justice and community safety and well-being are not furthered by more jail time and harsh punishment for young New Yorkers. Our youth deserve consistent and equitable access to education, housing support, behavioral healthcare, after school programming, employment opportunity, and more. We know that programs that increase youth opportunity, like NYC’s Summer Youth Employment Program (SYEP), have been shown to significantly reduce the likelihood of arrest and incarceration. Click here to read an analysis of the effect of youth employment on crime in NYC.

CCC has a current take action campaign which urges New York State leaders to sign important legislation and support opportunities impacting youth justice. The Fiscal Year 2024 budget and the legislative session ahead is a true opportunity to make critical investments and pass laws that will protect young people and improve our collective community safety.