Scroll Down or Jump Directly To:

Breakfast Details Meet Our Chairs More On Our Honorees

CCC Board of Directors; Housing, Public Health, and Education Advocate

Author of the New York Times bestseller, How to Be Antiracist

Heather McGhee
Race Equity and Economic Equality Advocate
Author of the New York Times bestseller, The Sum of Us: What Racism Costs Everyone and How We Can Prosper Together

More On Our Honorees 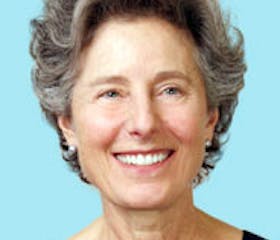 Chris Stern Hyman has been a CCC board member for 20 years and has served as our President and Chair. She is the third generation of her family to serve CCC, which puts her in a class of her own. One of our founders, Adele Rosenwald Levy, was Chris’ great aunt and her grandmother, Marion Rosenwald Ascoli, was among our earliest supporters and served as Chair of the Board herself. Chris’s stepmother, Joanne Stern also served CCC. Outside of CCC, Chris is a health care attorney and medical mediator. She has long served on the board of WIN (formerly Women in Need) the largest provider of shelter and supportive housing for New York City’s homeless families, especially women and children; and the board of the Fund for Public Health in New York City (FPHNYC). FPHNYC is an independent nonprofit that connects the NYC Health Department to private sector partners to incubate innovative public health initiatives to benefit all New Yorkers equitably. FPHNYC supports projects across all areas of public health, with a recent focus on supporting healthy mothers and babies and fighting epidemics. Chris is also on the board of The Writing Revolution, a non-profit organization that trains teachers and school leaders in implementing the Hochman Method, a set of evidenced-based strategies for teaching expository writing. This approach to teaching writing is embedded in curricula across all content areas and all grade levels. 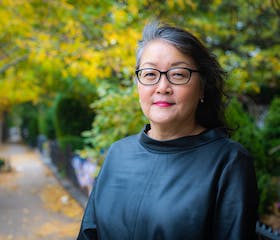 Jo-Ann Yoo is the executive director of the Asian American Federation (AAF). Established in 1989 under the mission to raise the influence and well-being of the pan-Asian American community through research, policy advocacy, public awareness and organizational development, AAF is a pan-Asian non-profit organization representing a network of 70 community service agencies in the Northeast. These agencies work in the fields of health & human services, education, economic development, civic participation, and social justice.

Jo-Ann’s professional experiences include program management and operations, fundraising, and advocacy in the fields of community development and immigrant rights. Jo-Ann currently serves on the NYC’s Racial Justice Commission for New York City’s Charter revision, and on Governor Andrew Cuomo’s Racial Equity Task Force for Vaccine Distribution, as well as on the boards of Nonprofit New York and the Advocacy Institute. Ms. Yoo was named to City and State NY’s 2021 Power 100, acknowledging the impact of NY’s nonprofits & their leaders on our City. Jo-Ann is particularly proud of her immigrant heritage and loves to hear others’ immigration stories. 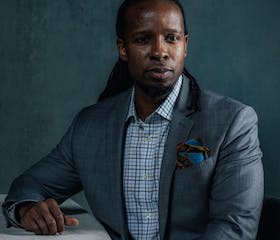 Professor and Founding Director of the Boston University Center for Antiracist Research
Author of the New York Times bestseller, How to Be Antiracist

Ibram X. Kendi is one of America’s foremost historians and leading antiracist scholars. He is a National Book Award-winning and #1 New York Times bestselling author of seven books. Dr. Kendi is the Andrew W. Mellon Professor in the Humanities and the Founding Director of the Boston University Center for Antiracist Research. He is also the 2020-2021 Frances B. Cashin Fellow at the Radcliffe Institute for the Advanced Study at Harvard University.

Dr. Kendi is a contributor writer at The Atlantic and a CBS News Racial Justice Contributor. He is the host of Be Antiracist with Ibram X. Kendi, a new podcast with Pushkin Industries and iHeartMedia. In 2020, Time magazine named him one of the 100 most influential people in the world.

He has also has produced five #1 New York Times bestsellers. How to Be an Antiracist, an international bestseller that has been translated in several languages, made several Best Books of 2019 lists and was described by the New York Times as “the most courageous book to date on the problem of race in the Western mind.”

A sought-after public speaker, Dr. Kendi has delivered thousands of addresses over the years at colleges and universities, bookstores, festivals, conferences, libraries, churches, museums, and other institutions in the United States and around the world. To learn more, visit www.ibramxkendi.com. 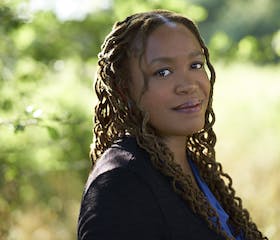 Race Equity and Economic Equality Advocate
Author of the New York Times bestseller, The Sum of Us: What Racism Costs Everyone and How We Can Prosper Together

Heather McGhee designs and promotes solutions to inequality in America. Her book, The Sum of Us: What Racism Costs Everyone and How We Can Prosper Together is a New York Times bestseller and will launch as a podcast series in early 2022 through the Obamas’ production company. Her 2020 TED talk, “Racism Has a Cost for Everyone” reached 1 million views in just two months online.
For nearly two decades, Heather helped build the non-partisan “think and do” tank Demos, serving four years as president. Under McGhee’s leadership, Demos moved their original idea for “debt-free college” into the center of the 2016 presidential debate, argued before the Supreme Court to protect voting rights in January 2018, helped win pro-voter reforms in five states over two years, provided expert testimony to Congressional committees, including a Supreme Court confirmation hearing in 2017, and led the research campaigns behind successful wage increases for low-paid workers on federal contracts, as well as at McDonald’s, Walmart and other chain retailers.
An influential voice in the media and an NBC contributor, McGhee regularly appears on NBC’s Meet the Press, MSNBC’s Morning Joe, Deadline White House, and All In with Chris Hayes, and HBO’s Real Time with Bill Maher. Her conversation on a C-SPAN program in 2016 with a white man who asked for her help to overcome his racial prejudice went viral, receiving more than 10 million views and sparking wide media coverage that included a New York Times op-ed, a New Yorker piece and a CNN town hall. To learn more, visit www.heathermcghee.com.